Private David Sufrin recalls: Our objective was to establish communications with the Battalion approx. in the area North of Son ( GSGS 2541/5444260). We were forced to cut loose from the Dakota some ten minutes before our time as we had been hit by flak in the tail and the wings. We came down in a field at approx. position 215410.

About 14:15 on 18 September 1944 Jacobson was shot down at Zandkant about 5 kilometers South East of Drunen (Holland). His glider included S/Sgt. Vaught and Co. 1st Sergeant P. Moukad had been injured by flak.

Private Sufrin:
"A group of Dutch people came running to us and immediately led us through some woods to sand dunes. They immediately got in touch with some members of the Underground who came, bringing food with them. We stayed in some nearby woods overnight and during the night we were joined by four English soldiers (Staff Sergeant Potts, Sergeant Stevenson, Sergeant Leary and Lance Corporal Buckley) As our first Sergeant Paul R. Mourad was wounded, he was taken by one of the Underground, known as Leo (Leo Elshout from Drunen), to Drunen where he received medical attention.

The following day we planned to make an attempt to regain the British line at Best but were dissuaded by the Underground who said that it was impossible owing to the large number of enemy troops in the area, and so that night we were conducted by the underground to Drunen where we were billeted in an unusual school and looked after by three Franciscan Friars."

The Dutch helpers: David Elshout, Henk Stooter, Leo Elshout and Ad Veltman.
Source: www.heusdeninbeeld.nl
"20 September 1944 (D+3) around 0200 hrs the British party under command of Lieutenant Sharp joined us. Upon the suggestion of Leo Elshout of the Underground we decided to move into Drunen during the night. At approx. 2000 hrs we left the woods and made our way into Drunen. In Drunen we split into two groups, and my group including Sgt. Leary and his 3 mand were taken to a Catholic School. This School was in the hands of 4 Priests under Father Superior (Simons)."

21 September to 30 September 1944 ? We remained in this school under the care of the Underground and the above mentioned Priests. A great number of Germans began to move into Drunen and began requesting billets. Because of the danger to the priests we decided to move out of Drunen.

31 September 1944 - Under guidance of Leo Elshout and his cousin David, plus Art Veltman and Henk Stooter, a policeman from Drunen we moved to Elshout and joined Lieutenant Sharpe and his men in an Insane Asylum called the Norbertusgesticht."

With the original 15 they were now 47 strong. At this point they were being helped by Father Van Zeeland, Henk Stooter (a policeman), David Elshout (Leo's cousin), Stephen Case, Ad Veltman and Johan Feldman, all of Elshout and Drunen.

On 16 October Stoter, Leo and Arthur moved them about 15 kilometers to a wood near Giersbergen where they stayed until 20 October. Beginning at 19.30 that night they marched for about nine hours to the woods at Kampinasche where they joined some 60 British and American airborne men and met Baker, Ellis and Domitrovich from Jacobson's own unit.

On 23 October the Dutch brought five deserters. The next day a patrol from the party captured six prisoners. That night the Germans were reported to be leaving Boxtel. The party went into the town about 20.00 and took it without firing a shot. The next morning troops of the 51st Highland Division came into the town about 10.00.

Jacobson made his way back with Baker, reaching Brussels where on 28 October he saw the town major, who by this time knew no more about the existence of the WEA than he seemed ever to have. The men having thus escaped the grim clutches went to an A/D outside the city and hopped on an ATC plane back to England.

Private Charles. C. Toepker was later killed in action on January 16 1945. He was part of the 327th Infantry Regiment, 101st Airborne Division. He is buried at the Luxembourg American Cemetery.
Private James E Schoenborn died in the United States in 2011.

An interesting addition to the above story

In september 2016 Ema Leese has send the following addition to this story. Her Grandfather, private Charles Weate was British soldier who was part of No-12 Platoon B Company 2nd Battalion of The South Staffordshire Regiment, 1st British Airborne division. The glider he was in crashed before it reached toe landingzone near Arnhem. Weate was captured by the Germans. He managed to escape one foggy night when they were moving them by slipping into a ditch .. He was found by a nun who took him to a safe place and he at some point stayed with a Dutch family. The four Dutch resistance fighters where involved in getting him hidden from the Germans according to the photo Ema Leese send. 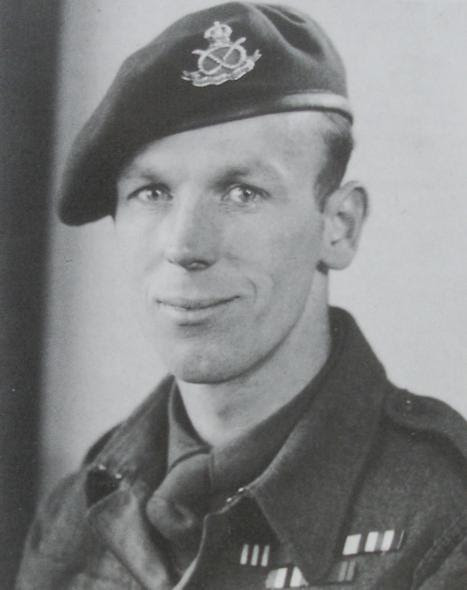 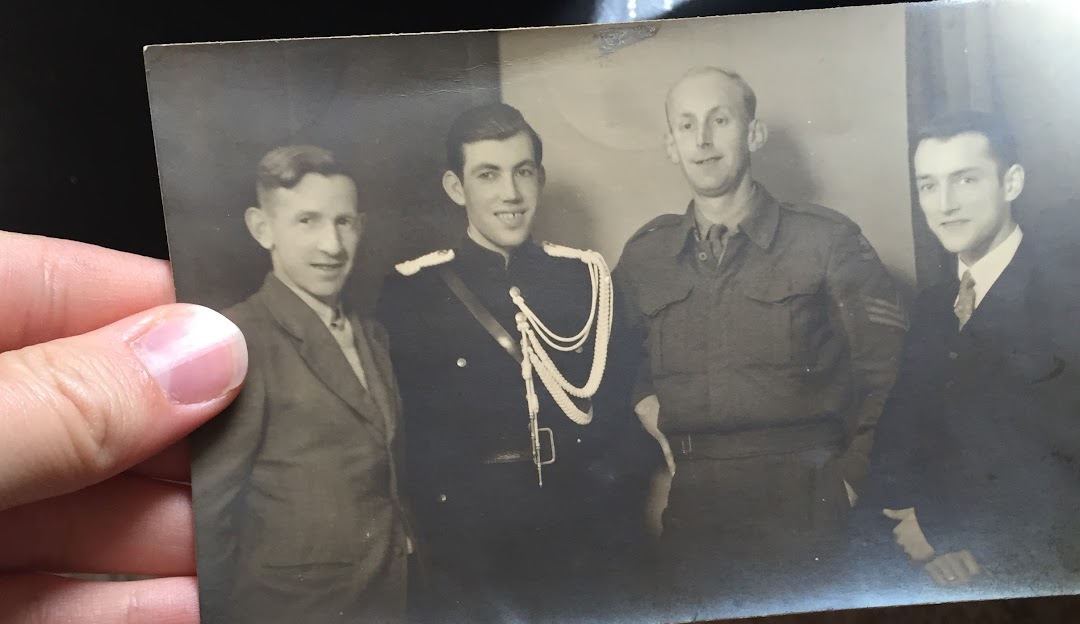 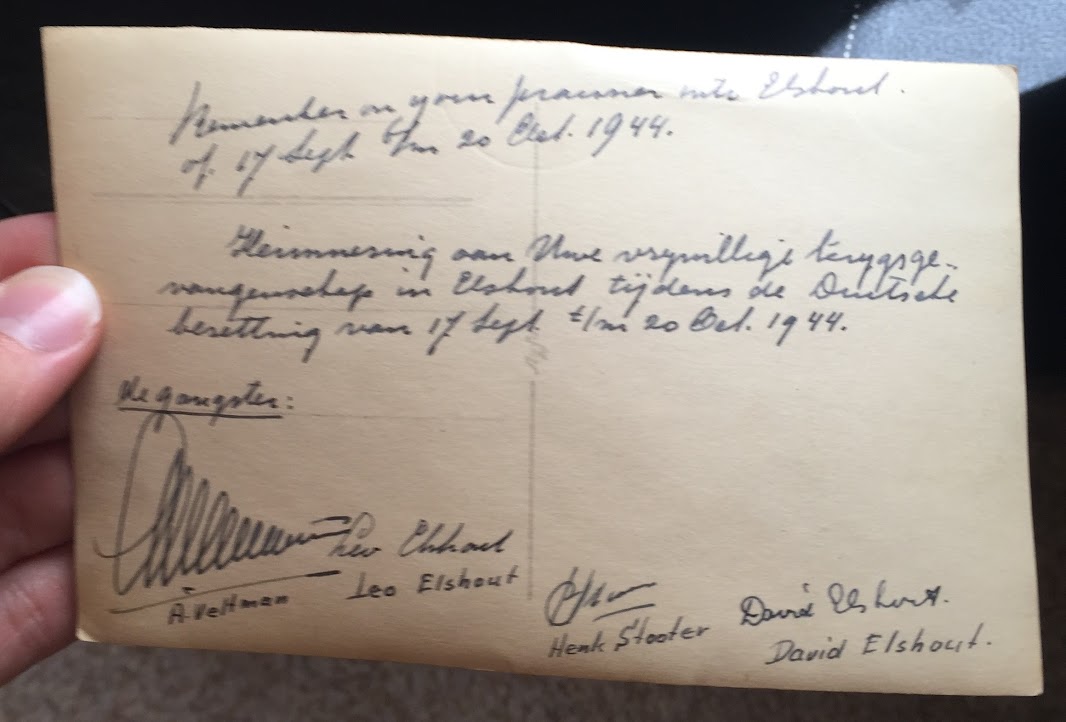 Remember your voluntary 'captivity' in Elshout from 17 september until 20 october 1944.