Possibly buried at Oosterbeek in as unidentified soldiers 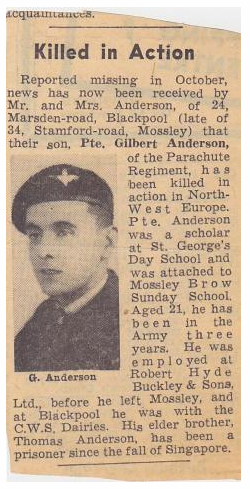 Pte 3606646 Gilbert Anderson was born in Mosley (UK) and lived in Blackpool. His parents where Thomas and Elizabeth Anderson.

He was a member of the 11th Battalion Parachute Regiment, 2nd Platoon C Coy. He jumped on the 18th of September at the Ginkel heath (Ginkelse Hei). After landing at the drop zone Anderson and the rest of the 11th Battalion was send forward into Arnhem to reinforce the 1st Parachute Battalion and the 2nd South Staffordshire Regiment, trying to fight through to the 2nd Parachute Battalion which had captured the northern end of the Arnhem road bridge. They did not reach the men fighting at the bridge. The 1st Parachute Battalion and the 2nd South Staffordshire Regiment carried the attack. They where stopped 1.100 yards short of the bridge. Both units where decimated in these attacks. The 11th Battalion was held in reserve during this attack and was eventually gradually retreated from the city sustaining severe casualties. The remnants of the three units where combined in an ad-hoc formation called Lonsdale force. It retreated to the Oosterbeek Perimeter. Anderson fought with his platoon near the St. Elisabeth Gasthuis. On the morning of 25 September units of the 9th SS Panzer Division attacked the battalion in force, attempting to cut the 1st British Airborne division off from the Rhine river. The initial attack was stopped by bayonets and hand grenades. Following attacks were driven off by direct fire from the guns of the 1st Airlanding Light Regiment, but also by the guns from XXX Corps from across the river dropping their shells on top of the battalions positions. The remnants of the battalion were evacuated over the night of 25/26 September. Anderson would not live to see this evacuation.

Anderson was probably killed on September the 19th in action during the Battle of Arnhem. He was buried by Father Daniel McGowan of the 1st British Airborne Division in a field grave at Onderlangs in Arnhem.

His family believes he is one of the unidentified soldiers that is buried at the Oosterbeek War cemetery. Efforts to have his remains identified have not yet resulted in a positive identification. Anderson is remembered at the commemoration wall at the Groesbeek War Cemetery in the Netherlands.

In September 2016 six soldier of the 1st battalion Border Regiment who had been buried at the same War cemetery where positively identified, 72 years after their burial. So there is still hope.. 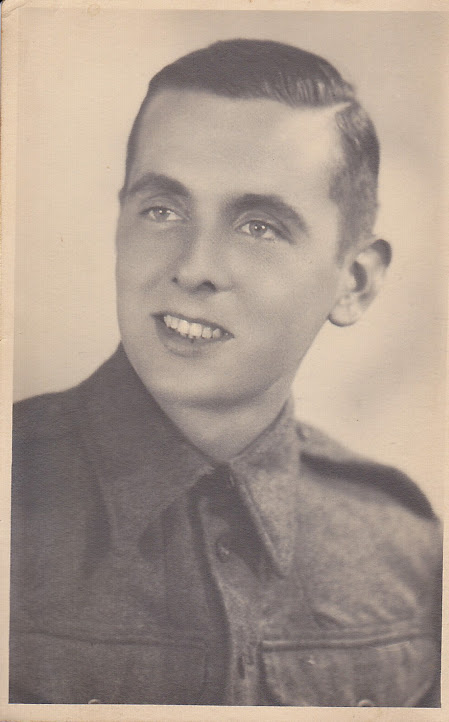 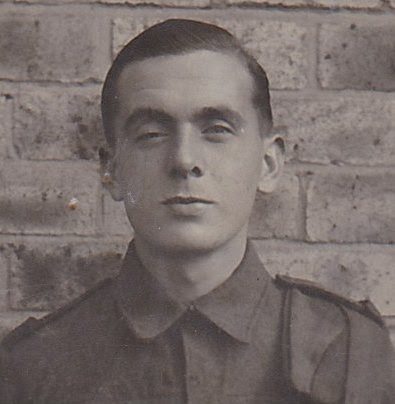 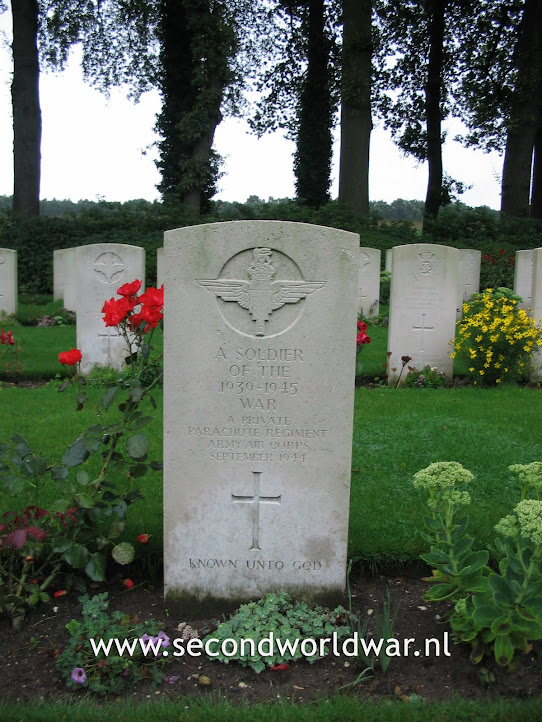 The gravemarker of one of the unidentified soldiers at that Arnhem War Cemetery at Oosterbeek.